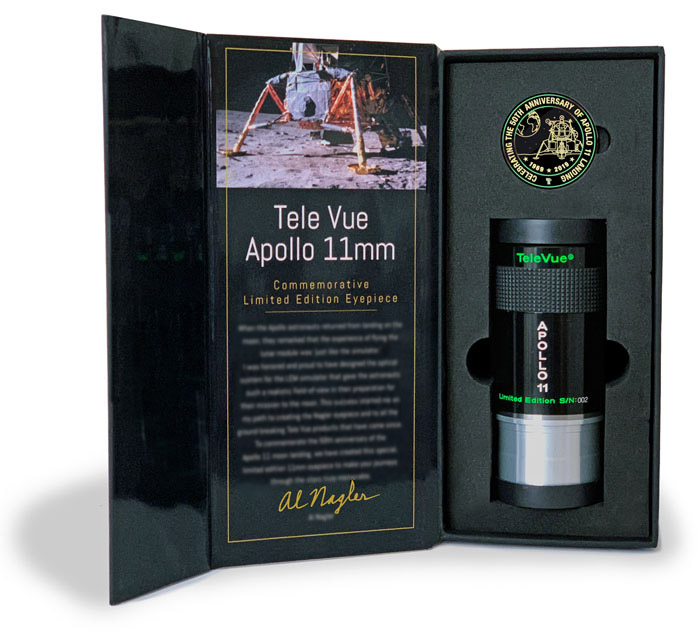 While the Lunar landing of Apollo 11 inspired generations of people in countless ways, a unique experience in the development phase of the Apollo program inspired one man on a journey which would eventually change amateur astronomers' views of the heavens. As an optical designer at Farrand Optical Company, Tele Vue founder Al Nagler was tasked to design an optical system for a simulator which the Apollo astronauts would use to practice landing on the Moon. When he finally stepped into the Lunar Excursion Module (LEM) trainer to see how his optical system performed, the view out of the craft's iconic triangular window of the simulated Moon below and stars above was breath-taking. Little did he realize at the time, but that was the moment of inspiration that ultimately resulted in the "Nagler" eyepiece.

Each eyepiece has a number matching medallion.

In recognition of the 50th anniversary of the Apollo 11 Moon landing, Tele Vue is proud to celebrate our founder's contribution to the greater effort that made the mission possible and ultimately successful. The special, limited edition commemorative Tele Vue Apollo 11mm eyepiece pays tribute to the simulator program that was invaluable to astronaut training and to the direct influence it had on the eyepieces we enjoy today. We have developed unique packaging for the Apollo 11 eyepiece that will consist of a high quality, presentation box with a message from Al and a serialized commemorative medallion matching the serialized eyepiece. 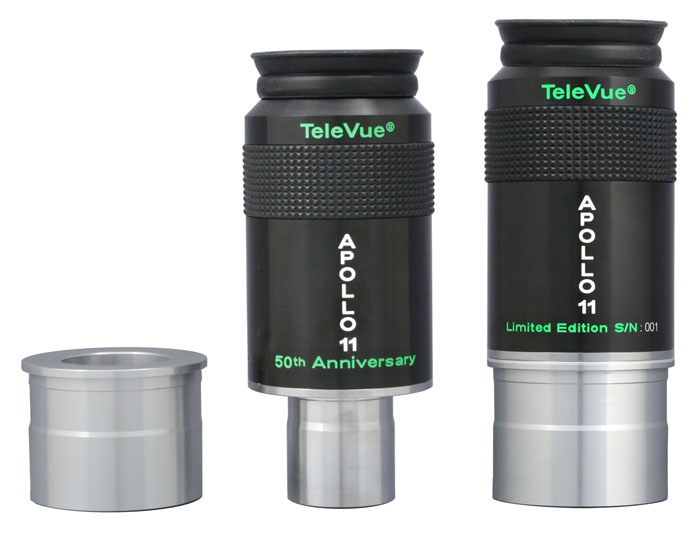 Quantities are limited and dealers began shipping these in late-December.