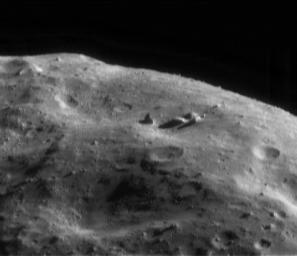 Asteroid Eros (NEAR Shoemaker mission image above) may have originated in the Maria group of asteroids.(NASA-JPL)

Asteroid 1983 RL4 was discovered by Brian Skiff of the Lowell Observatory in September 1983. After sufficient orbit-confirming observations were made, it received a permanent, unique asteroid number, 10715. The orbital characteristics identified this new body as a Maria family asteroid with an orbital period of 4.27-years, eccentricity of 0.27, inclination of 17.6-deg and closest approach within 1.9-au of the Sun.

Subsequently, the Small Bodies Names Committee of the International Astronomical Union approved a submission to rename the asteroid in honor of Al Nagler. The new designation, 10715 Nagler, became official in January 1999.

Discoverer Skiff notes that 10715 Nagler is "somewhat eccentric", like its namesake.

Official Citation
10715 Nagler
Discovered 1983 Sept. 11 by B. A. Skiff at the Anderson Mesa Station of the Lowell Observatory.

Al Nagler (b. 1935) is an optical designer best known for his innovative wide-field eyepieces and versatile, compact refractors. He also designed visual displays for the Gemini and Apollo Lunar Module simulators. The citation was provided by S. and A. French.
More Information on 10715 Nagler 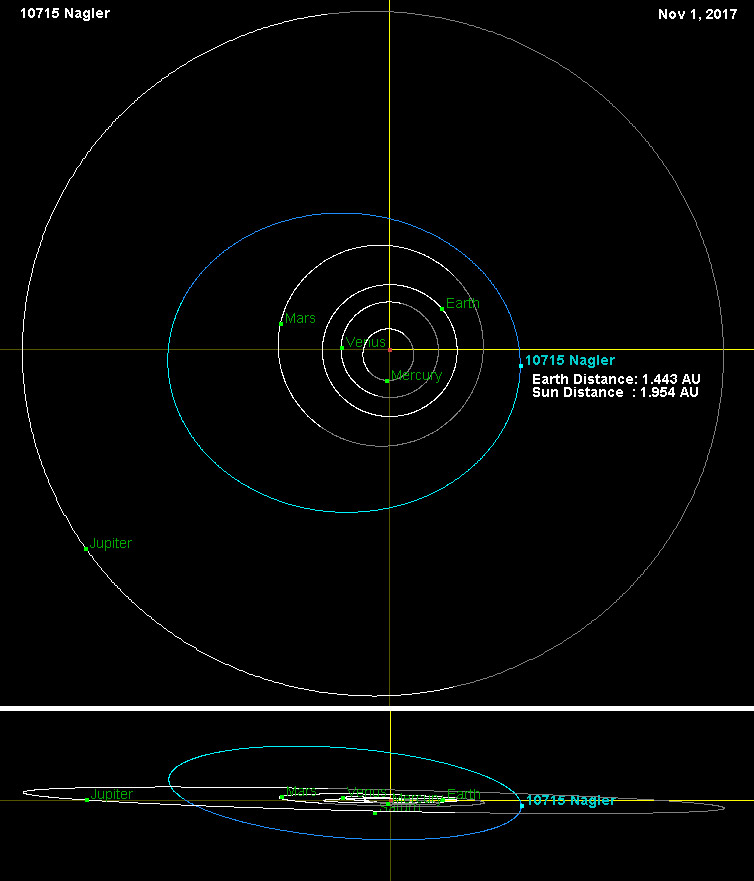