Tele Vue President David Nagler recently received a “first-light” report from the very-first Tele Vue Bandmate Type 2 Nebustar filter owner. He purchased the filter at the Northeast Astronomy Forum (NEAF) this year where the filters were introduced. It turns out the gentleman has  a long history with Tele Vue products, is a yearly attendee (like Tele Vue founder Al Nagler) at the Stellafane amateur telescope makers convention — and he even coined the moniker “Uncle Al” while at Stellafane.  Read on!

I was excited to
tell your father,
the founder of
Tele Vue Optics
about my experiences.

I believe I may have purchased the first 2″ Bandmate  Type 2 Nebustar filter at NEAF this year. I was telling your father about my experience at the Tele Vue booth at the recent Cherry Springs Star Party in Pennsylvania and also my first light with the new filter using a  TeleVue TV-85 purchased at NEAF. Having many Tele Vue products, from my first Plössl in 2000 to the many Radian, Panoptic, Nagler, Ethos and Delos eyepieces, not to mention a couple of Starbeams and a Paracorr Type 2 with the tunable top, I was excited to tell your father, the founder of Tele Vue Optics about my experiences.

“Uncle Al” Nagler, (a name I coined nearly two decades ago that seems to have caught on so well it’s now part of the vernacular), invited me to write up my experiences and send it to you. He provided your email so I could do the write up some justice.

On my way home from NEAF 2018 on Sunday this year, I got an email from the Facility Manager at the Van Vleck Observatory at Wesleyan University in Middletown CT.  He was inviting me to run the recently refurbished 20″ Clark refractor through it’s paces Sunday night and as I have been running the Public Observing program for the Astronomical Society of Greater Hartford at the Van Vleck Observatory for 18 years, I immediately said yes and that I had a new purchase to try out on the 20″ Clark: the new visual 2″ Bandmate  Type 2 Nebustar filter. After a quick stop at home, I went to the Observatory and joined Facility Manager, Roy Kilgard (Associate Professor of the Practice in Astronomy) with one of his Senior Astronomy Majors to put the system through it’s paces.

[S]uddenly the
Eskimo Nebula was
very prominent and
highly defined with
structure, dark lanes
and stood out in the
field without losing
any significant brightness.

Pointing accuracy was right on target but we had some difficulty finding interesting objects in the early evening to truly test out the system. Using the TheSkyX Professional Edition, I located NGC 2392, the Eskimo Nebula, that was high enough to reach and at a magnitude around 9 was well within the big scopes reach. Visually it was centered well, but not much more than a faint, defined wisp of the Planetary without much definition. Not something I’d readily share with the public. I attached the new Astronomik / Tele Vue Bandmate Type 2 Nebustar  filter to a 35mm eyepiece and suddenly the Eskimo Nebula was very prominent and highly defined with structure, dark lanes and stood out in the field without losing any significant brightness. The student had never seen it before and Roy and I were both quite pleased with the view and enjoying what we were seeing. With the addition of the filter, I’d have no qualms at all about sharing this object with our public audience in any future session when it was high enough to observe.

I saw wispy clouds
come off the Swan
that I had never
seen before then.

I got to try the Tele Vue Bandmate Type 2 Nebustar  filter on my TV-85 at the Cherry Springs Star Party on Thursday night. Using it on such objects as the Lagoon Nebula, the Swan, Rosette, Eagle and Trifid Nebulae was a wonderful experience. Some of these were barely visible without it. Using the filter added significant structure and definition. I saw wispy clouds come off the Swan that I had never seen before then. I offered the filter to my traveling companion and telescope maker extraordinaire, Richard (Dick) Parker on his homemade 12.5″ Classical Cassegrain (f/20). These nebulae now filled the entire eyepiece field at low power using a 40mm eyepiece.

We were seeing things that we didn’t know were part of the object before this. When Dick pointed the big Cassegrain to M57, the Ring Nebula, I found it difficult to view as the entire smokey ring filled the field of view and we were plunged into the center of the ring! The views we enjoyed with this filter far outweighed what we had previously enjoyed with just an OIII filter!

The TV-85 with a
Tele Vue Starbeam
flip-mirror finder
is quickly becoming
my telescope of choice
for rich field nebula
and Galaxy viewing.
Along with my Ethos
and Delos eyepieces,
the Nebustar filter
will be a consistent
observational
companion!

The TV-85 with a Tele Vue Starbeam flip-mirror finder is quickly becoming my telescope of choice for rich field nebula and galaxy viewing. Along with my Ethos and Delos eyepieces, the Nebustar filter will be a consistent observational companion! Thanks for letting me know the TV-85 was available at NEAF from Farrah at Woodland Hills Camera and Telescopes. The first question Al Nagler asked me was whether I purchased the Ivory tube or Green? I told him Ivory because it’s what I prefer. I was wearing my Tele Vue cap, which nicely comes with the purchase of a Tele Vue telescope when I approached him at Cherry Springs. He offered to autograph my hat for me. I thanked him for offering and quickly handed over my hat! I like that Tele Vue scopes come with such a nice memento. Wearing it certainly paid off for me!

I hope you enjoy my tales of using your wonderful Tele Vue products. Please thank your wife Sandy for working with Woodland Hill at the NEAF show to create a  TV-85 Accessory kit for me so I could use the telescope more readily.

Reminder for Australia & New Zealand: Partial Solar Eclipse on  July 13th
This eclipse touches the extreme southern parts of Australia and New Zealand and will hardly dim the sun. The trick here will be convincing your friends that an eclipse is going on. The Royal Astronomical Society of New Zealand reports the sun will be covered by the following percentages in the region: In Australia, south of Adelaide (0.1%), the southern half of Victoria, and all of Tasmania (9.5% at Hobart).  For New Zealand, it grazes Fiordland National Park and covers Stewart Island (1.4% on South Cape).  See our January blog post “2018: Solar and Lunar Phenomena Overview” for more on eclipses, supermoons, and micromoons this year.
More Info 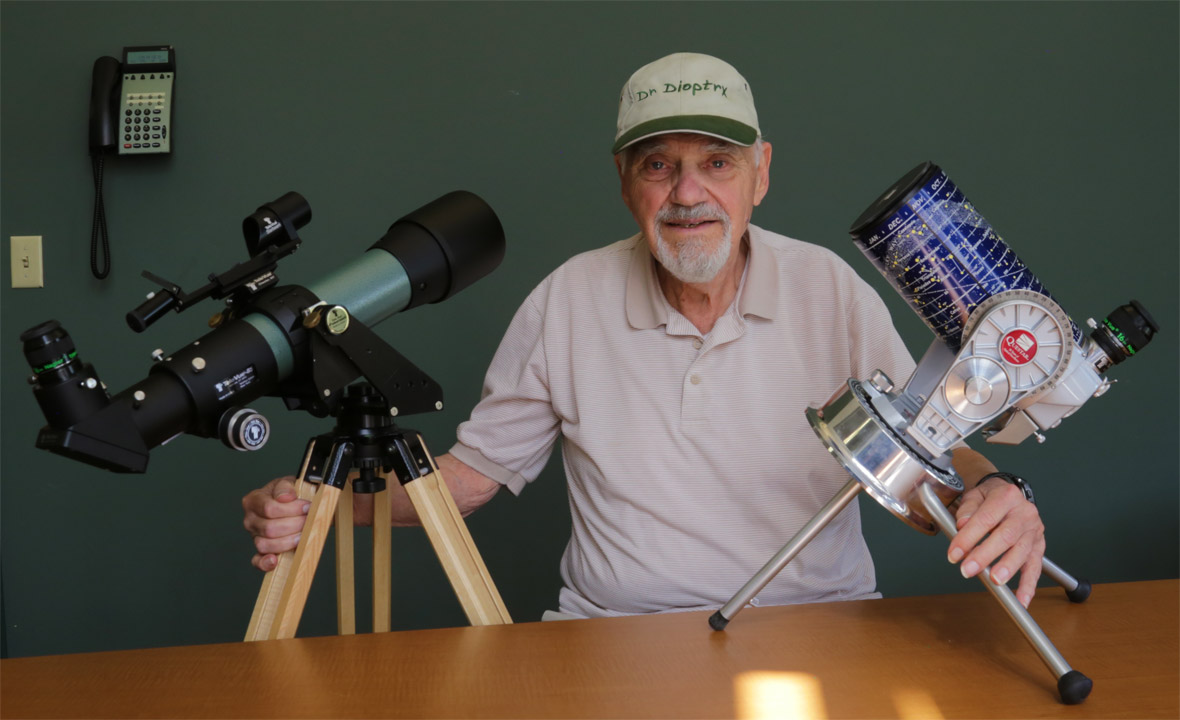 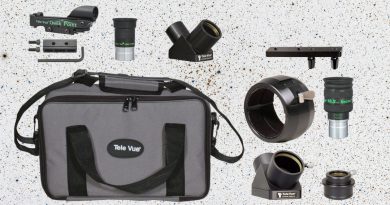