Our newest employee is a telescope builder and avid astrophotographer who has been busy imaging the night sky with a Tele Vue-85 and Canon DSLR since he started at Tele Vue. “Satesh” as he goes by, graduated with a Masters in Mechanical Engineering, from City College of NY. Al Nagler, who also graduated from City College with a Physics degree, but just a “few” years before Satesh, has enjoyed having a fellow alumnus on our team.

In his own words, Mahendra describes his journey into amateur telescope building.

Astronomy was not always a specific interest of mine, it was always space exploration in general. When I learned that there are amateurs that build their own telescopes, that all changed because I felt as if space had become a bit more accessible to me. Being an aspiring engineer at that time, the idea of building something as elegant as a telescope was more appealing than buying one. An extra challenge I had was that I had absolutely no experience with amateur astronomy or telescope making and when I say absolutely, I mean I had never looked through a telescope. Luckily there is a wealth of information online about telescopes and mirror making and I read so much that I became confident that I could do it.

I approached mirror making as smart as I could. To prevent astigmatism, I decided not to grind the mirror by hand. Instead, I made a fixed-post grinder that was driven by a hand crank and this ensured that the mirror’s surface was ground symmetric about its optical axis. I documented the process in a handwritten journal in case I encountered any problems during Ronchi testing. I could refer back to my notes and see what caused the problem. That paid off because I encountered almost every problem I read about; zones, under correction, over correction, turned down edge, etc. I fixed all of them and finally, I had a parabolized 6-inch F/6.5 mirror uncoated. I quickly assembled the mirror into the optical tube. In October 2014, I looked through a telescope for the first time when I finally tested my mirror on the sky by observing the moon and star testing on Sirius. The mirror was still uncoated and I hadn’t made the Dobsonian mount as yet. I pointed the scope by propping it up on a chair. By the end of 2014, the mirror was coated and the mount was complete. The entire process took almost a year, from building the mirror grinder to completing the scope.

I kept learning more about telescope making. Eventually, I came across Mel Bartel’s website and I learned about “richest field” telescopes. It was here that I first came across the name Tele Vue because Bartels wrote about the importance of the Tele Vue Paracorr for correcting coma in fast Newtonian scopes. At that time, I didn’t even know what coma was, even though I had seen it at low power while observing with my F/6.5 scope but I always assumed it was a flaw in my mirror. Bartels has written extensively on the benefits and challenges of fast f/3 telescopes and he credits Tele Vue for making these scopes possible with their Paracorr and highly corrected, ultra-wide AFOV eyepieces and because of these products, richest field observing has taken a huge leap forward. Today as a Tele Vue employee, I consider the Paracorr to be my favorite Tele Vue product and not because of its essential function in Newtonian scopes but because it reminds me of an enlightening moment in my journey as an amateur astronomer and telescope maker.

As I had now become curious about f/3 scopes and richest field observing, I wanted another scope of a kind that I had never seen nor used and even if I wanted to buy one, it was not available commercially. I had to make it and luckily I had the experience I gained from making my first mirror. I made a 10-inch f/3 mirror because it was the largest blank that could fit on my mirror grinder. Figuring this mirror was a daunting challenge. At one point, I had to return to spherical and restart the parabolization.

When I finally got it right, I could not believe it. I spent hours looking through the Ronchi tester because I just couldn’t believe my eyes. I learned that fast optics are not to be taken lightly and I learned something about mirrors that is counter-intuitive to common opinion. Most people look inward into a mirror to see themselves, but to the astronomer a mirror is the key to looking outward, quite literally, and seeing far beyond what we can ever imagine.

Since becoming a Tele Vue employee, my “focus” has shifted from observing to imaging and I have been climbing the steep learning curve of the hobby with a Tele Vue-85 APO refractor.

Mahendra’s duties at Tele Vue Optics are wide-ranging: from solid modeling, analysis and updating CAD drawings; to 3D printing; to assembling products purchased by our customers. One of his current projects is working on the titanium housing for Tele Vue’s wide-field imaging objectives to fly on NASA’s PUNCH mission (Polarimeter to UNify the Corona and Heliosphere).  With our company roots in the space race, this brings Tele Vue’s involvement with space technologies full circle!

This project is led by  Principal Investigator Dr. Craig DeForest of SwRI’s Space Science and Engineering Division. The mission consists of four micro-satellites that will be placed in polar orbit around the Earth in 2023 (see SwRI Quick News video). One satellite will have a coronagraph to eclipse the light of the Sun and image the solar corona continuously in real-time.  The other three will carry the wide-field imaging cameras with objective lenses developed by Tele Vue to image the solar wind as it leaves the corona. This will “provide the first global images of how the solar corona infuses the solar wind with mass and energy”, according to a SwRI press release. This knowledge will make our planet better prepared for the adverse impact of space weather on satellite and ground systems.

Mahendra took Tele Vue’s preliminary design for the optical lens assembly (OLA) and turned it into a 3D computer model for design modifications and analysis. One of his first modifications was due to the requirement that the OLA be ventilated to minimize the pressure difference across the inside and outside of the unit. He tells us how he was able to meet NASA’s various requirements for space hardware.

NASA has many requirements and qualification criteria for anything that is going to be sent into space. For this optical lens assembly, SwRI wanted to know if the maximum stresses in the glass and titanium parts will be within NASA’s recommended safe limits. I used the 3D model to do finite element analysis on the OLA to determine the maximum stress from vibration during launch and also from cooling during operation in orbit. In both cases, the OLA satisfied NASA’s qualification criteria. Though we designed this housing as we would any of our standard eyepiece housings, this is something new for Tele Vue because we have never had to do this kind of qualification analysis for any of our products.

Recently, I worked with Al to make a test apparatus for determining the focal length of the OLA in order to compare it with the target value. I designed and 3D printed adapters that were used to mount a prototype OLA onto a telescope for use as an eyepiece. This allowed Al to make the necessary measurements in the same way he does for our stock eyepieces. The difference between measured focal length and design focal length was within a few tenths of a millimeter. After witnessing the modern miracle of 3D printing, Al then asked me to make another adapter to mount our night vision monocular onto the output end of the old prototype OLA for his afocal night vision observing. It would seem that Al can make an eyepiece out of anything.

Years ago when I started making telescopes, I never imagined that I would get the opportunity to work on optics that were going into space. Even though I am proud of the work I am doing, I cannot allow myself to become complacent. I try my best to approach this project with the respect it deserves because quality work does not come by chance. It comes from checking, rechecking, cross-checking, second opinions, third opinions, and, in extreme cases, starting over because engineering errors can be costly. Every day I look at my drawings for the OLA, trying to find anything that could cause a possible error. I will feel a lot better when the OLA is receiving its first light in orbit and the images are sharp.

Mahendra’s work ethic fits perfectly with Tele Vue’s ethos of not releasing any product until we’re sure it will live up to our reputation of creating heirloom optical products that bring the wonders of nature closer and sharper than you’ve ever imagined!

Did you observe, sketch, or image with Tele Vue gear? We’ll like your social media post on that if you tag it #televue and the gear used. Example:
#televue #tv85 #seagull
Do you want your Tele Vue images re-posted on Tele Vue Optics’ Social Media accounts? Use this hashtag for consideration:
#RPTVO
More Info 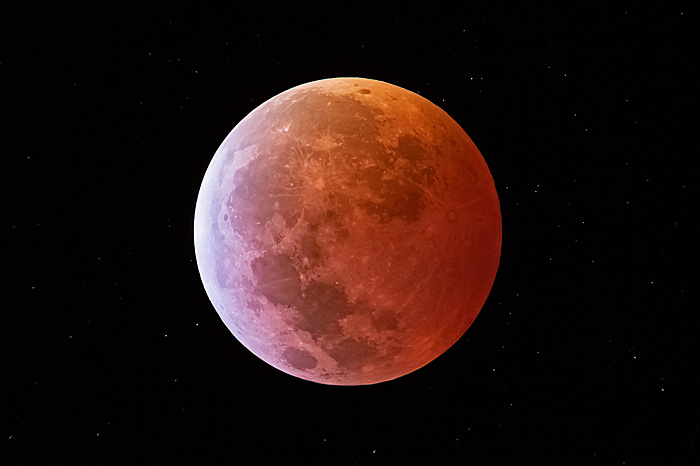 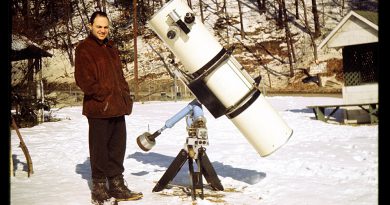