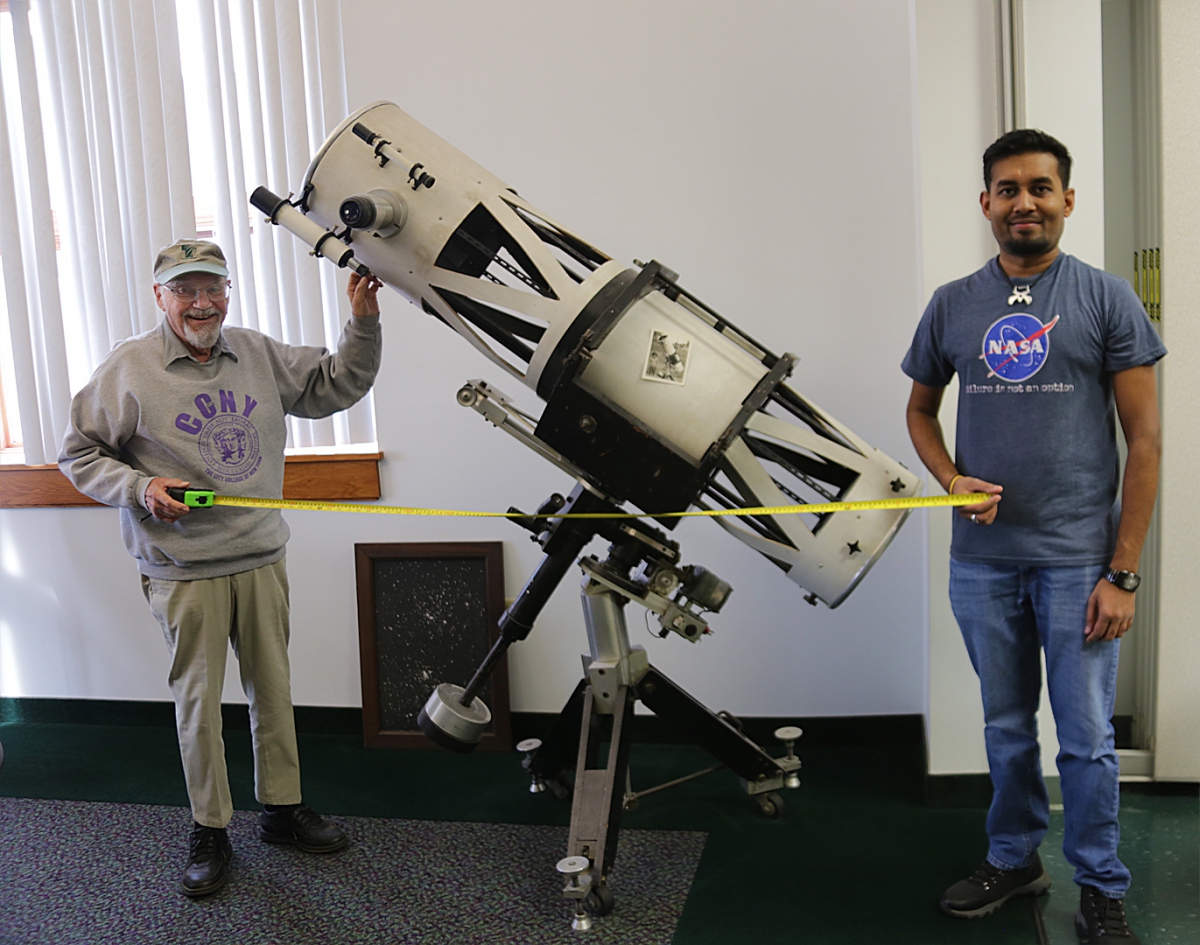 Our newest employee is a telescope builder and avid astrophotographer who has been busy imaging the night sky with a Tele Vue-85 and Canon DSLR since he started at Tele Vue. “Satesh” as he goes by, graduated with a Masters in Mechanical Engineering, from City College of NY. Al Nagler, who also graduated from City College with a Physics degree, but just a “few” years before Satesh, has enjoyed having a fellow alumnus on our team.

In his own words, Mahendra describes his journey into amateur telescope building.

Astronomy was not always a specific interest of mine, it was always space exploration in general. When I learned that there are amateurs that build their own telescopes, that all changed because I felt as if space had become a bit more accessible to me. Being an aspiring engineer at that time, the idea of building something as elegant as a telescope was more appealing than buying one. An extra challenge I had was that I had absolutely no experience with amateur astronomy or telescope making and when I say absolutely, I mean I had never looked through a telescope. Luckily there is a wealth of information online about telescopes and mirror making and I read so much that I became confident that I could do it.

I approached mirror making as smart as I could. To prevent astigmatism, I decided not to grind the mirror by hand. Instead, I made a fixed-post grinder that was driven by a hand crank and this ensured that the mirror’s surface was ground symmetric about its optical axis. I documented the process in a handwritten journal in case I encountered any problems during Ronchi testing. I could refer back to my notes and see what caused the problem. That paid off because I encountered almost every problem I read about; zones, under correction, over correction, turned down edge, etc. I fixed all of them and finally, I had a parabolized 6-inch F/6.5 mirror uncoated. I quickly assembled the mirror into the optical tube. In October 2014, I looked through a telescope for the first time when I finally tested my mirror on the sky by observing the moon and star testing on Sirius. The mirror was still uncoated and I hadn’t made the Dobsonian mount as yet. I pointed the scope by propping it up on a chair. By the end of 2014, the mirror was coated and the mount was complete. The entire process took almost a year, from building the mirror grinder to completing the scope.