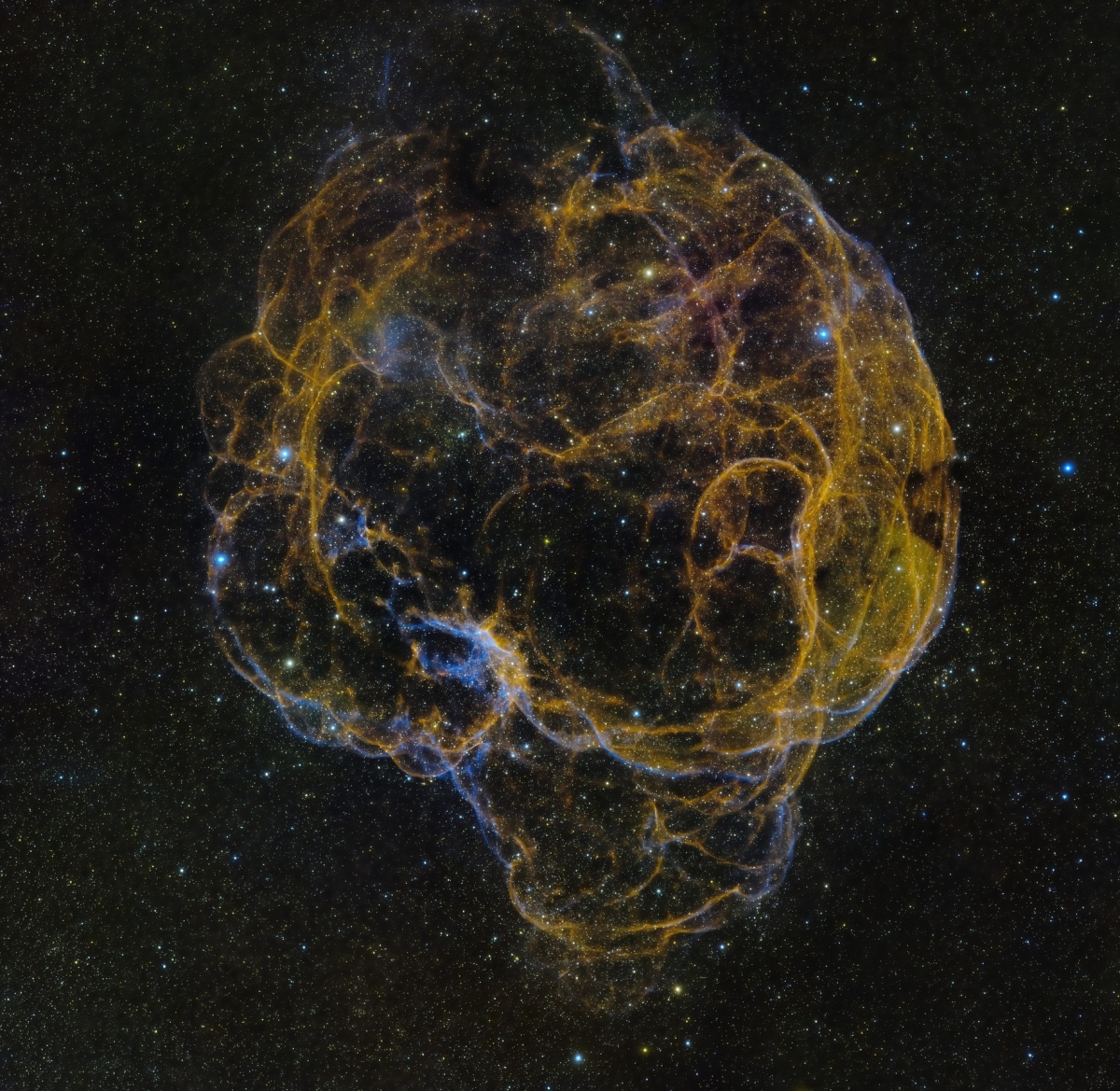 Back in March 2019 this blog featured a Tele Vue-NP127is APO refractor image gallery by astrophotographer Jerry Macon. All those images were done with red, green, and blue (RGB) filters or a dedicated color camera. Jerry has since added the Hubble Palette filters (SHO: Sulfur II, Hydrogen-alpha [Hα)] and O III) to his repertoire, and the color camera is no longer used. We feel Jerry’s imaging has evolved to another level of perfection in the past two years. So in this blog, we look at some of his latest work with the NP127is.

Cataloged as Simeis 147 and Sharpless 2-240, the name “Spaghetti Nebula” is its most descriptive moniker. This nebula is huge: it spans 3° (6 full-moon widths). It is the remnant dust and gas of a massive star that ended life in a supernova explosion. In this case, it left behind a pulsar (a radio-emitting, spinning neutron star). Due to discrepancies between the estimated age of the nebula and pulsar, some posit that two supernovae explosions happened in this region some time apart. Whatever the history of the object, we can say Jerry’s Spaghetti Nebula is quite tasty to the eye.