The Tele Vue 85, a larger version APO scope, gives even brighter images, presenting not only the finest optical images for birding, but for astronomical use as well. Comes standard with ultra-smooth heavy duty 2" rack and pinion focuser, with 10:1 fine focus.

Living Bird is the quarterly publication of Cornell University's Laboratory of Ornithology.

As fine as the 60x image of the Kowa 883 appeared next to the other conventional scopes, when reviewers put the Kowa next to the TeleVue, their jaws dropped in amazement. As dusk fell and Canada Geese settled almost invisibly onto Sapsucker Woods pond, the TeleVue resolved the same crisp feather detail at 75x as the Kowa could at 60x, and when we backed the TeleVue down to 60x, it was as if a light had been turned on inside the scope.

Finally, if you are a connoisseur of "pure image" and you have a sheltered location to set up the TeleVue 85mm Evergreen scope (a covered deck overlooking the ocean comes to mind), you will not be disappointed.

The biggest surprise in our scope testing came when we lined up the top-ranked Leica APO and Swarovski ST80 HD scopes against the Questar and the two Tele Vue models. The Questar we used was fitted with 40x and 60x eyepieces (unfortunately, not as powerful as the ones Questar has sent us for previous reviews), and it did not stand out at these magnifications against the Leica or Swarovski scopes. But using the equivalent of a 25x-75x zoom lens, the Tele Vue 85 attained an almost unimaginable level of brightness and edge-to-edge sharpness. As the day became more and more overcast and dusk was approaching, the Tele Vue provided a significantly superior image at 75x than either the Swarovski or Leica could muster at 60x.

Scanning out across the lake at 75x, I spotted a whitish speck in the distant heat waves that I thought might be a loon. I then inserted a 2x Barlow lens between the zoom eyepiece and the scope, doubling its magnification to an incredible 150x. I could then clearly make out the face pattern and upturned bill of a Red-throated Loon. This local rarity was not even visible through my 10x binoculars. Continuing to play at 150x, I could discern the eye color of some immature gulls on a jetty 200 yards from the shore-ah, if only shorebird season weren't so long past!

The Tele Vue 85 goes beyond need. The 85 shows, at any distance and any power, right out to the limits of daylight viewing, all the detail, I am convinced, that there is to see. In direct comparison with the finest scopes on the market, the Tele Vue 85 consistently shows a brighter, more subtly detailed, image of the bird. You can see things in the Tele Vue's image that just aren't there in the Pentax 80 mm or the Nikon Fieldscope. ... [T]he detail was especially evident in the breast feathers of the hawk. All of the scopes clearly showed the feather pattern of the breast. The 85 showed individual feathers. At closer range, the 85 is the equivalent of a long range microscope, showing more detail than you could possibly see with the naked eye, even at 25x.

One of the things that impressed us most was the scope's whopping field of view at high power. In fact, at 60x (using a fixed magnification eyepiece, not the zoom) the Tele Vue-85 has a field of view as wide as that of most other scopes when they're used at low power.

The scope really proved its value last fall at the Montezuma Muckrace - an annual birding competition and conservation fundraiser held each year at Montezuma National Wildlife Refuge - where it was used to scan shorebirds on a massive mudflat. The clarity and brightness of the scope made it possible to make accurate bird identifications at staggering distances. By changing eyepieces, this scope was dead sharp at all powers, surpassing the image quality of any other scope. The image quality using a zoom eyepiece was a slight step down, but still impressive. A good magnification for scanning broad areas was 38x, but we often used 67x and even 100x for general birding - far beyond the usable (or even possible) magnification range of many other scopes.

While the TV-85 APO is our 'big' birder — it is still airline-portable. Shown below is the included case and optional accessories. 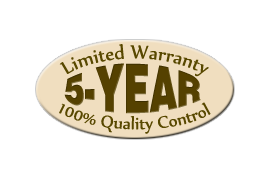 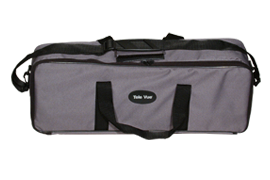 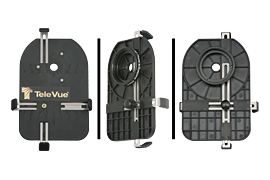 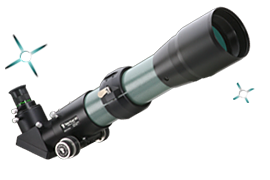 Attributed images are Copyright © of photographer and used by permission.