Skip to content
Shows
April 18, 2019 TVO Staff 2019, Apollo, NEAF, NEAIC, TNVC
Just two weeks ago and a day ago we were  scrambling to get the banner and handout literature ready for the Tele Vue Apollo 11mm eyepiece reveal at the Northeast Astronomy Forum (NEAF) show. At the same time, our imaging equipment was being gathered, transported, and setup for the Northeast Astro-Imaging Conference (NEAIC) that would begin the next day. Additionally, products not being shown at NEAIC were cleaned and collected for the NEAF show commencing that weekend. Plus, we’d inspected and boxed hundreds of eyepieces, Barlows, Powermates, and Paracorrs for our Cosmetic Sale at NEAF. All NEAF items had to be transported and setup on Friday afternoon at Rockland Community College, along with the NEAIC gear brought over when that show ended. We had our work cut out for us that week!
Despite the extra efforts put into the Cosmetic Sale and Apollo 11mm eyepiece premier, we are “old hands” at NEAF, being one of the few exhibitors that have been with the  show since the first, in 1991. So everything came together in the end.
Publicly, in the days leading up to NEAF, the big “news” at our booth was to be the return of the Tele Vue “Cosmetic Sale.”  It had been 9-years since the last one, and we finally had enough stock on some models not to disappoint those further back on line. (see blog post on that).
Months prior to NEAF we gave our Taiwanese sub-contractor an almost impossible deadline; to deliver three prototypes of the Apollo 11 by showtime. They pushed their materials vendors and worked overtime so that we could debut the the Apollo 11 eyepiece as NEAF celebrated 50-years since the first moon landing. Two weeks before the show, we didn’t know if we were going to make it.  Then on March 29th the e-mail arrived saying the prototypes had been shipped and on April 1st, the week of the show, the prototypes of our Apollo 11mm 50th Anniversary Eyepiece arrived. We quickly made plans to premier the eyepiece at NEAF (see: Tele Vue’s Secret Launch: Apollo 11mm Eyepiece! blog post for details) and wanted it to be a surprise. So, we put together at last-minute “tease” campaign on social media that hinted at a “launch.”
Saturday morning, a long-line quickly developed for the Cosmetic Sale and there were many smiling faces leaving our booth that morning.
Eventually, show-goers started asking about and looking through the Apollo 11mm eyepiece prototypes. They wanted to know: is this a new eyepiece line? When will it be available? How much will it cost? Is there a signup-sheet? We can only tell them that those details will be released in the fall and the best way to stay tuned is to subscribe to this blog.
A Personal Note from Al Nagler

“I thank my lucky stars” to have shared the NEAF experience with so many friends, new and old, Tele Vue staff and the fellow Rockland Astronomy Club (RAC) members who made it all possible. To meet astronauts, and hear their experiences, at the same event where I shared views and received so many kind comments about our just-in-time “Apollo 11” prototype eyepiece, was truly a thrill.

Except for a coffee on Saturday morning, I didn’t even have time to eat or leave the booth! One unique personal high-point, which could only happen at NEAF, was having someone hear my talk on “choosing eyepieces” and come to our booth to check out DIOPTRX (astigmatism correctors). I looked at his glasses, guessed at the astigmatism prescription, and demonstrated the benefit by using “star” images in Kermitis’ eyeball. By rotating the DIOPTRX, he found the angle that compensated his astigmatism, delivering a perfectly circular out-of-focus star in the frog’s eye. He then went to a dealer, and purchased a 1-diopter DIOPTRX and eyepieces I recommended for his Dobsonian. I’m so lucky never to have grown up!

Another product we premiered at the show was the Tele Vue 48mm Filter Adapter for TNVC PVS-14 night vision monoculars. It allows use of Hydrogen-α filters. This allows the monocular to be used for wide-field sweeping views of the nebulae in the night-sky including incredible views of the North American and Veil Nebulae and even the famous Barnard’s loop in Orion. One NEAF attendee told us how night vision has opened up the sky for him despite living in a town with a great amount of light pollution. He tells us that a hand-held, filtered night vision scope allows him to enjoy the emission nebulae in the sky that would be hard to see even at a dark site.  (Read our Night Vision in the UK blog post for more.) 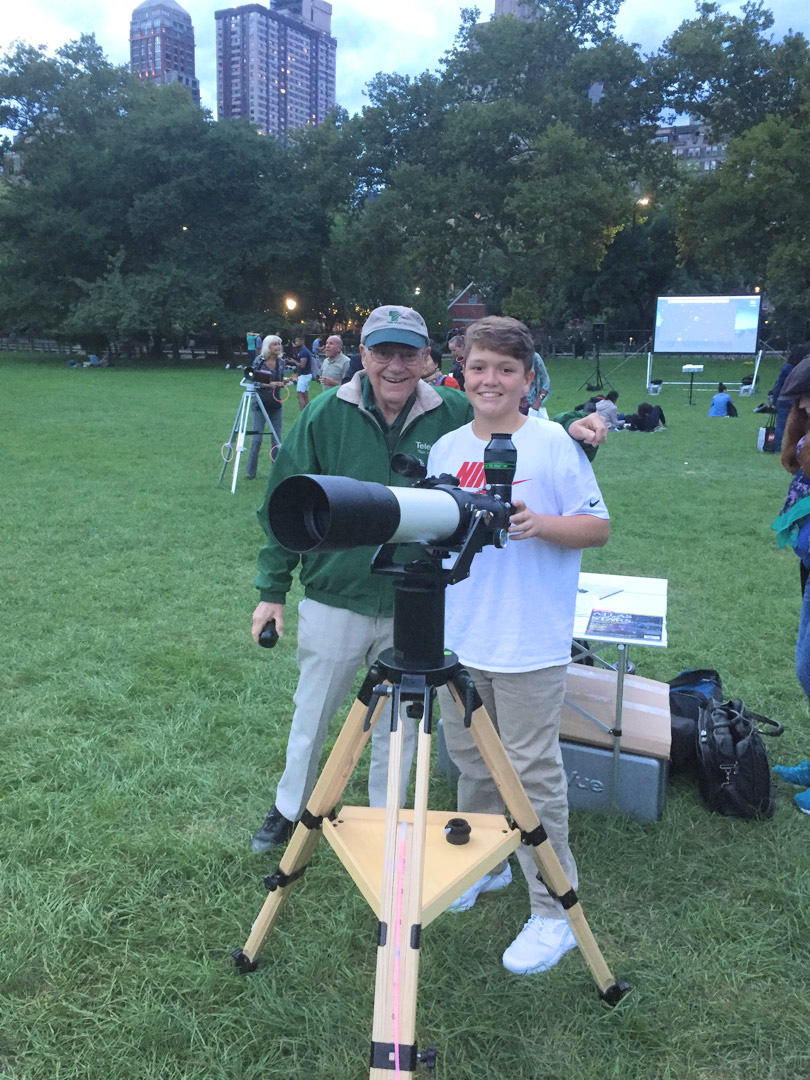 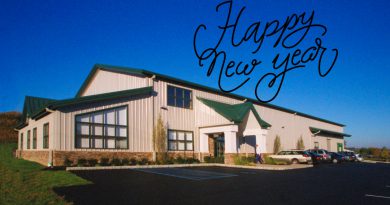