It is with the deepest grief that I let you know I lost my friend and colleague of 37-years at 1:00 am today. If there were one aspect of Paul Dellechiaie that I would like you to know, it is that he was the kindest soul one could ever meet. He was soft spoken, never had a bad word to say, and always took adversity in stride by applying logic over emotion.

He had one incredible mind. To say Paul was an avid reader is like saying Niagara Falls flows like a bathtub faucet. He would devour books, mostly science fiction. He was well known enough in the community that his likeness even made the cover of a book. His excruciatingly detailed memory for seemingly useless pieces of information was dumbfounding, but that is exactly what made him so interesting. However, with all that rolling around he could be a bit difficult to follow in conversation. Let’s just say Paul took a circuitous route to make a point and I’d often have to nudge him back on track. I will miss the conversations we never got to have and treasure those I can remember.

Paul started at Tele Vue in May of 1985. My father met Paul at Rockland Astronomy Club star parties. Admiring his ATM ingenuity, he thought he might make a good employee. Paul, who had a master’s degree in biology, accepted my father’s offer to work at Tele Vue. Paul was only the second person outside the family hired at Tele Vue.

I was still in college then and working at Tele Vue part-time when I was home and didn’t have any film work. Paul and I went through countless hours and eyepieces together sitting across from each other at the inspection bench. Tele Vue was just out of infancy and moved from my parent’s house into an old factory building in Pearl River, NY. My mother, Joe F., and Paul were the only full-time employees. As you can imagine the three of them defined “multi-tasking.”

I started full-time at Tele Vue in 1988. I was now just the fourth full-timer. I knew my path in the company and had to work to not only do what needed to be done, but learn to manage every aspect of the company. Now full-time, Paul and I became closer friends and colleagues. However, we were always able to maintain a healthy work/friend relationship. I think, again, due to Paul’s ability to see a situation logically over emotionally, he knew any time I had to take him to task, it was justified…and we had a lot of “what were you thinking?” conversations over the years. We would even joke together that if he had worked anywhere else he would’ve been fired umpteen times over. That was never going to happen. I believed in Paul, he knew it, and most importantly to me, he appreciated that.

By 1992, the company had grown and moved to a larger facility in Suffern, NY. My father still worked full-time at his other business, but had an office (his first) in our new location. There was a particular incident with Paul, details of which I can’t remember, round about 1996 or ‘97. I called him into my father’s empty office and we sat at the small, circular conference table. The only thing I distinctly remember about that conversation was that I told Paul he had a choice. He either walks out the front door or he takes that chair. I pointed over to the empty chair in front of my father’s design computer. Paul immediately understood the challenge and opportunity before him. That’s the day he started down the path to becoming an optical designer.

Working under the tutelage of my father, optical design seemed to come naturally to Paul. He thrived but he also put in the extra effort, often spending his own time learning the mechanics of design. Really good optical design is mix of science and art. The science came easier to Paul than the art. Working together as a team with my father and myself, Paul flourished as a designer. Paul worked on many projects for us but certainly his crowning achievements were as lead designer of the Ethos, Delos, and DeLite eyepieces (the latter two an homage to his name). Paul’s legacy lives on every time one of those eyepieces is slipped into a focuser and sees the light.

Everyone at Tele Vue expresses their deepest sympathies to Paul’s wife, Jean, and mother, Rosemary. We are a small, close-knit company and Paul will forever be missed personally and professionally. He was a dedicated employee and coworker who unwaveringly had the best interest of the company at heart…and Paul had a big heart!

Sadly, Paul’s long-term health issues finally got the better of him. His wife Jean said to me that Paul didn’t think of death, he was only interested in life. True to his scientific pursuit, Paul was a Diest. So, I wish you “lightspeed” my friend. 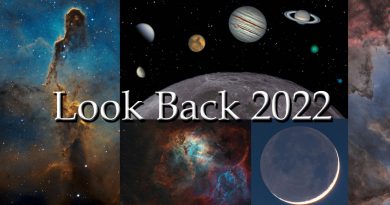 Looking Back and Remembrances of 2022 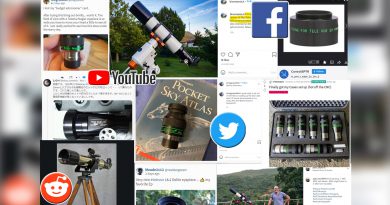 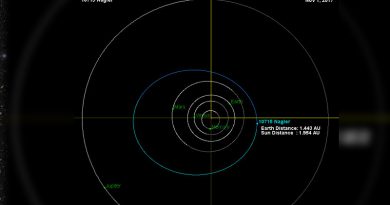