Skip to content
Powermate Sky Events
May 9, 2018March 9, 2022 TVO Staff 2018, conjunction, FoneMate, Jupiter, opposition, video, Zoom
Jupiter will rise at sunset on May 9th. At magnitude -2.5 it will be an unmistakable sight: the brightest celestial object on the eastern horizon. It will also be closest to the Earth for the year.
A few days later, Mercury and Uranus draw nearer before sunrise. Mercury will be brilliant on the horizon, but northern observers will be challenged in finding Uranus in the gathering twilight.
FoneMate™ Smartphone Adapter
Below you’ll find more details on this week’s planetary phenomena. But this recent video made at the Northeast Astronomy Forum 2018 demonstrates an easy-way to get started imaging bright planetary bodies or sharing the view with friends. It features the FoneMate™ Smartphone Adapter on a Tele Vue Dioptrx compatible eyepiece.
At the bottom you’ll find More Info on Tele Vue hardware that can help view and image the planetary phenomena discussed in this blog.
Jupiter Opposition May 9th
As you read this, Jupiter has a visual diameter spanning 45-arc-seconds — the largest it will be all year. It’ll be about this size for the next dozen days.  It is the bright object rising in the east at sunset and will be in the sky all night long. Now is the time to view and image the largest planet and the giant moons that orbit it. (Use Sky & Telescope’s interactive tool to identify the moons).
Mercury & Uranus Conjunction May 13th
On the other side of the solar system, Mercury and Uranus are drawing closer in the pre-dawn sky. From May 12th to the 15th they’re within 3° of each other very low on the eastern horizon with a crescent moon in the vicinity. Mercury is brilliant at magnitude +0.1 and can be used as a guide for finding the dimmer (magnitude +5.9), greenish Uranus — about half a finderscope field away.
Conjunction Sky Charts
On the following charts, both planets will fit within the field of a finderscope, low-power binocular, or any of the short focal length Tele Vue refractors. Their greatest angular separation, shown on May 10th, is only 5°. Blue symbols represent Uranus and red Mercury. The green lines represent the horizon. Two stars on the chart climb the sky with Uranus and are shown for the morning of May 15th.
Mercury will be obvious on the eastern horizon these mornings even in twilight. After centering Mercury in the finder, put an eyepiece with ½°  or wider true-field in your main scope and focus on the planet. Consulting the  appropriate latitude chart below, nudge the scope toward where Uranus should be in the finder. Sweep around slightly with the main scope to see if you can pick out the planet.  Magnitude +6.0 star, 54 Ceti, shown on the charts, is only a ¼° away from the planet and can be mistaken for it. To confirm which is the planet, put a higher-power eyepiece in the main scope and sweep between the two: the planet will show a small disk while the star will stay the same size.
Also on the charts is the magnitude +4.3 star Omicron Piscium. It ranges from 2.3° to 2° away from the planet over the time-span of the charts. The star is over 4x brighter than the planet: if the sky is too bright to see this star, there is no way you’ll see the planet.
Mid-Northern Latitude
At the latitude of New York City, Civil Twilight (Sun is 6° below horizon) begins shortly after both planets clear 2° above the eastern horizon. You’d want to try for Uranus before then, so at this latitude the conjunction is only for those with down-to-the-horizon views. In any case Uranus will be a tough — perhaps impossible  — target from so far north.
Near the Northern Tropics
It’s another story further south: from the Florida Keys (slightly north of the tropics), the planets are 2° above the horizon before the start of Nautical Twilight (Sun is 12° below horizon).
Mid-Southern Latitude
Best views for the conjunction will be in the southern hemisphere. From Hobart, Australia, both planets are at least 2° above the horizon shortly after Astronomical Twilight (Sun is 18° below horizon) begins.
More Info
If you post an observation or photograph on social media, made with Tele Vue gear, put #televue in your post and we’ll like it.

Our Tele Vue Nagler 6-3-mm Planetary Zoom (mobile site) is guaranteed to ferret out all the details visible in Jupiter’s bands or help see the disk of Uranus.  Just twist the black barrel to fine-tune magnification for the seeing conditions — no need to swap eyepieces to find the highest usable power. If seeing conditions improve for Jupiter during the night: just  tweak the barrel again to find the right power. As a “planetary” eyepiece is was designed for full field sharpness for any speed telescope, high contrast and transmission for natural color rendition, low scatter, and comfortable eye-relief.

To share planetary views with friends or do on-the-go imaging, use our FoneMate™ smartphone adapter  (mobile site) on a Tele Vue Dioptrx compatible eyepiece. Your camera-app then displays the image on the screen. Just hit the record button to capture the moment.

To increase the power of your favorite eyepiece, or for serious planetary / solar / ISS imaging though your scope, consider our Powermate™ amplifiers (mobile site). They increase the focal length of your scope with freedom from aberrations, greater magnification potential, and compact size. Most any commonly available DSLR, astro-camera, and even some industrial cameras will work with Powermates™. Cameras just need a slip-in 1¼” or 2” nosepiece or T-Ring  for attachment with the optional Powermate™ T-Ring adapter .  Powermate™ can be stacked with no adverse impact. Tele Vue Powermates™ are available in 2″ barrels (2x & 4x) and 1¼” barrels (2.5x & 5x). The visual tops all unscrew to accept a specific Tele Vue Powermate™ T-Ring Adapter for cameras and T-thread accessories.  View our Tele Vue Powermate™ Gallery on flickr to see what Powermates™ can do for your imaging. 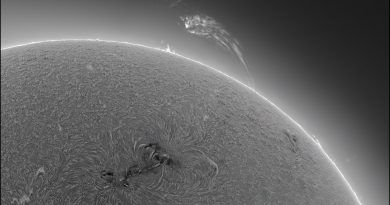 Comet 2P/Encke in the Evening Sky 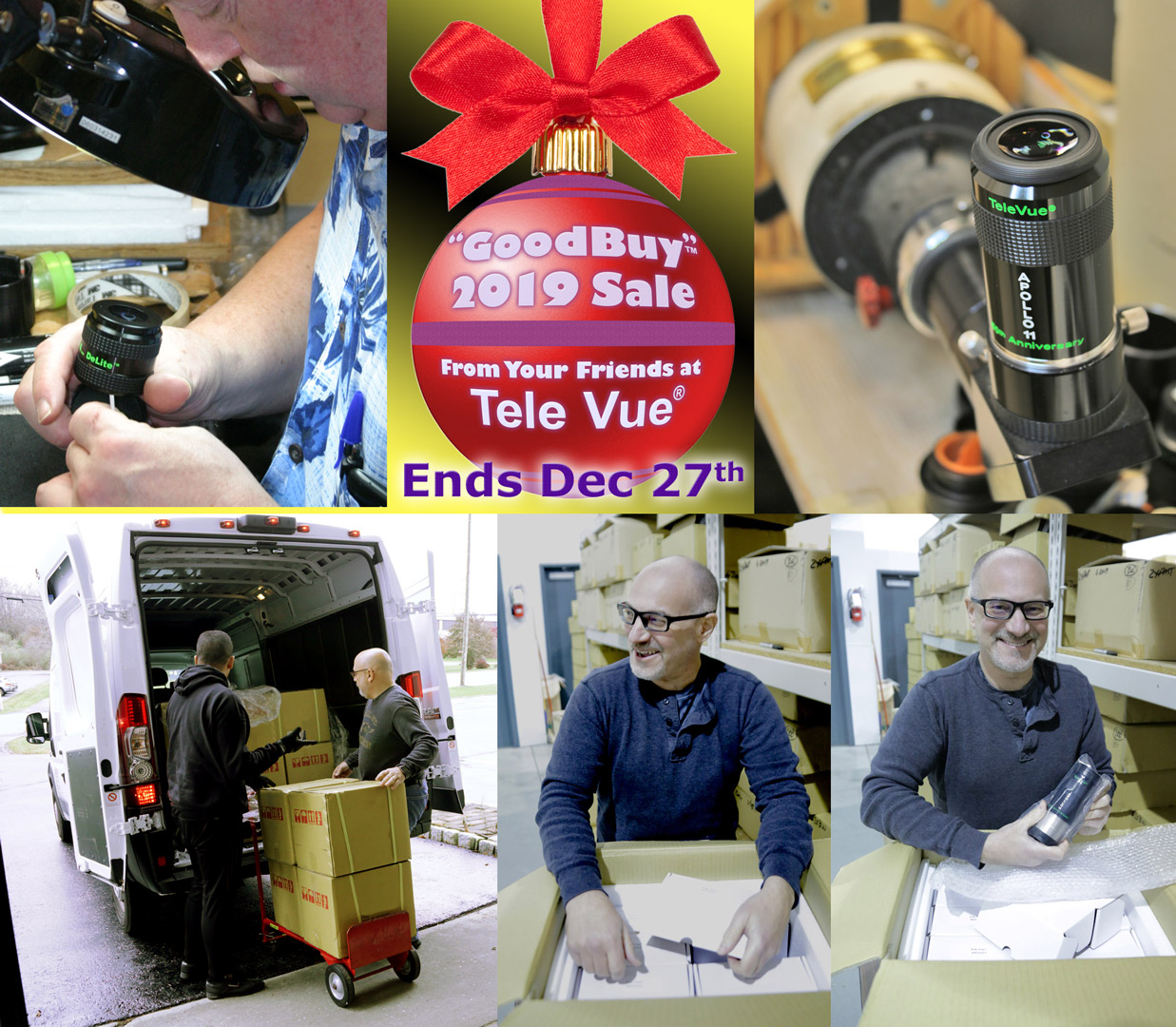