Introduction
Along with the nice planetary conjunctions early in the year, the major events this year will be the rising solar cycle and a major solar eclipse over the Americas.

The Moon
The Moon this year will experience two lunar eclipses, four Supermoons, two Micromoons, and a Blue Moon (that probably won’t look blue). Use these events to take a fresh look at Earth’s nearest neighbor in space!

Lunar Eclipse maps and data courtesy of Fred Espenak and Jean Meeus, “Five Millennium Canon of Lunar Eclipses: -1999 to +3000”. On these maps, the dark areas see nothing, shaded areas will see part of the event, and white areas see the whole event. “TD” differs from “UT” by slightly over a minute. See Explanation Of Lunar Eclipse Figures page on NASA website for more information.

The Penumbral lunar eclipse of May 5th will see the Moon immerse itself in Earth’s penumbral shadow. This produces a dimming of the lunar surface that most people will not notice. The best visibility will be in the old world as the Western hemisphere will completely miss the event.

Supermoons, Micromoons, & Blue Moons
Due to the elliptical shape of the lunar orbit, the distance from the Earth to the Moon can vary by 50,200 km (31,200 mi). The term Supermoon describes a full Moon that occurs near the Moon’s closest approach to Earth while Micromoon describes a full Moon near the point furthest from the Earth. A Supermoon can be 14% bigger than a Micromoon. The difference in size is very obvious in photographic comparisons.

There is no agreed-upon definition of how close and far a Moon needs to be to qualify for any of these designations, so sources may differ on the number of these Moons in a year. From our reckoning, there will be four Supermoons in a row this year: July 3rd, August 1st, August 31st, and September 29th. Micromoons will happen on the full Moons of January 3rd and February 5th.

FoneMate™ can help to get steadier shots at the eyepiece with your smartphone camera. Unlike other phone mounts, FoneMate was designed to mount solidly to Tele Vue eyepieces via its Tele Vue compatible lock-ring connection. Use our FoneMate™ smartphone adapter (mobile site) on a compatible Tele Vue eyepiece to share lunar, solar, and eclipse views with friends or to do on-the-go imaging.

While your camera app displays the image on the screen, hit the shutter or video button to capture the moment. Use voice commands to avoid movement on night imaging. (If you’ve set up your iOS/Android phone to take voice commands, just say “Hey Siri/Ok Google, take a photo”.) Using a time-lapse photo app will allow you to capture longer events like eclipses/transits (use telescope filters for solar work).

The Sun
Solar Cycle 25 is predicted to peak in July 2025, but the Sun is exhibiting peak-like activity right now. So we can look forward to some great action on the Sun all this year. See our Solar Update blog from March 2022 for more on the Solar Cycle and what solar features are visible through properly filtered solar telescopes.

Solar Eclipses
Just like last year, there will be an eclipse in April, followed by another one six months later in October. Let’s first review the types of Solar Eclipses:

Except for the brief moments of totality on the centerline of a total eclipse, viewers are cautioned to keep eclipse glasses on for these events.

On April 20th a Hybrid Solar Eclipse will have the best viewing mostly over the water of the South Pacific and Indian Oceans. When it crosses over land it will favor the following regions: the North West Cape of Australia, Indonesia, and Papua New Guinea.

Six months later, on October 14th, an Annular solar eclipse will cross the Americas. Unlike the April event, the central path will be mostly over land, allowing millions to view the spectacle. The path crosses from the Pacific Ocean and makes landfall in Oregon and continues across to the Gulf of Mexico to the Yucatán Peninsula, Central America, through Columbia, and across Brazil.

The Planets
Oppositions
Planets in opposition are in the sky opposite the Sun when viewed from Earth. They rise at sunset and are in the sky all night. Around opposition, the planets are closest to Earth and at their brightest. This makes opposition an opportune time to view and image a planet — especially the faint “ice giants” Uranus and Neptune. Note that only planets further away from the Sun than Earth can be in opposition.

Mars had an opposition last year in December which means Earth won’t catch up to it for another opposition until 2025. But the slower-moving, major, outer planets will all have oppositions this year.

Planetary Conjunctions and Occultations
Sometimes planets get close enough to each other to fit together in one eyepiece field or the Moon and a planet cozy up to each other. These are planetary conjunctions. There are also solar conjunctions (diagram above), but that just means that a body is near the Sun and impossible to see. Occultations happen when one body appears to go behind the other. The most easily visible of these events is when the Moon passes in front of a star or planet.

Here is your planetary conjunction and occultation guide for 2023. Only events far enough from the Sun to be visible are noted. Occultations are only visible from certain parts of the Earth, but the other parts will see a close conjunction. Not every event is listed: for planet / planet events they must be within 2° and Moon / planet events within ½°. Dates given are UTC. Note that all the best events are in the first quarter of the year.

The Most Versatile Planetary Eyepiece!

The Nagler Zoom was conceived as our ideal planetary eyepiece.  Like all Tele Vue eyepieces, it’s designed for full-field sharpness in any speed telescope, as well as high contrast and transmission with natural color rendition, low scatter, and comfortable eye relief. Use it to fine-tune magnification for the seeing conditions — no need to swap eyepieces to find the highest usable power. It’s parfocal through the zoom range, maintains its eye relief and has the aforementioned click-stops for each focal length.  Its constant 50° apparent field of view makes it more appropriate for scopes on tracking mounts. Read more about it on our website Nagler 3-6-mm and (mobile site).

It is excellent for turning up the power to confirm that you’ve sighted an ice-giant planet like Uranus or Neptune and not a field star. With just a flick of the finger you can continuously vary the focal length from 6mm down to 3mm with click-stops along the way at 5mm and 4mm focal length settings.

Messier Marathon
When the Moon is New and the Sun in Pisces / Aquarius it is possible to see all the Messier objects in one night if your latitude is not too far north or south. This is due to the gap in objects, from RA 21:40 to RA 0:40 where there is only one object: M52 in Cassiopeia. The Sun is in this gap near the Vernal Equinox (RA 0:00 Dec: 0.00) and is too far south to obliterate M52 from view. The typical Marathon sequence is to spot the objects that are about to set in the west, starting with M74 and M77, and working east (increasing RA) to M30 which rises ahead of the Sun. A section of a Messier Object sky map at right shows the path of the Sun as orange dots. Note the wide gap with no Messier objects at RA 0:00 Dec: 0.00.

This year the new Moon in March is on March 21st, just one day after the start of Northern Hemisphere Spring. That would make the evening of March 21st the best time to try for a Marathon with a few days before and after also good. This makes the weekends of March 18th and March 25th the best times to host organized events. We’ll write more about the Messier Marathon closer to the date.

Every Tele Vue refractor, from the Tele Vue-60 to the 5″ Tele Vue-NP127is, can give at least a 4° field with our low-power eyepieces. This eliminates the need for magnifying finders. Instead, use our unit-power StarBeam (mobile site) with flip-mirror to comfortably aim the scope in the vicinity of the Messier object you are searching for.

From the powder-coated tubes and anodized aluminum finishes to the silky-smooth, lash-free focusing, these scopes are rugged and easily transported to dark-sky locations. Tele Vue telescopes are engineered and built to be your life-long observing companions; and someday, your kids’ as well.  All Tele Vue telescopes come with a 5-year Limited Warranty.

Comet 45P/Honda-Mrkos-Pajdusakova in the Morning Sky 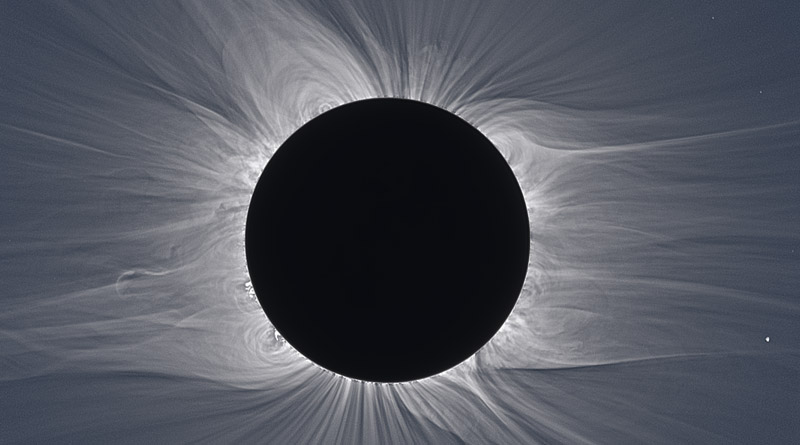