This is the counterpoint to our Tele Vue is for the Birds blog post this past spring. Yes, you’ll find that the TV-60 is a great grab’n go astro scope too!

Our award winning, high performance, super-compact Tele Vue-60 is worth considering for those looking for a super-portable APO refractor. It fills many niches including travel, super-finder, day/night scope, and is a great telephoto.

It accomplishes all this APO-goodness in a very small 60mm, f/6 form-factor: just 10″ long without diagonal!

We came across an online review of the Tele Vue-60 on a site with the intriguing name of The Blog Formerly Known as McWiki. The site is run by Richard McDonald — an amateur astronomer in Canada. Here’s what he had to say about our smallest most portable Tele Vue telescope.

For an ultra-portable scope, I have settled on a Tele Vue-60 (which is used as a finder when it is not travelling). This tiny doublet APO gives stunning wide-field views. It’s not much aperture, of course, but grab-n-go is about convenience and portability, and this little scope has allowed me to observe from locations where the choice was a tiny scope or none.

For extreme portability, I use the TV-60’s small soft case and a small camera tripod whose legs collapse very short. This package can easily be carried one-handed, fits under an airline seat, and fits inside standard roll-on luggage.

Inside the soft case can fit

When a little less portability is needed, a Manfrotto/Bogen fluid head on an Induro A-413 tripod fits in a fairly small shoulder sling, and is very stable. (I haven’t taken a picture of this setup yet.)

Our TV-60 has garnered great reviews as a portable scope since its introduction in 2003. Following are quotes from Dennis diCicco’s five-page review of the scope from the December 2004 issue of Sky & Telescope.

If you think that size matters and that bigger is always better when it comes to telescopes, think again.

The TV-60 even caught SmartMoney magazine’s attention. Their writers traveled to noted amateur astronomer David Levy’s home outside Tucson one evening with a selection of scopes. Their premise was: “Today’s telescopes are so high-tech they seek out stars themselves. But we wondered: What would the world’s top amateur astronomer think of them?” The result was the TV-60 winning a coveted SmartMoney Award!  Here’s an except from the November 2004 article.

Levy gives us a quick astronomy lesson: Planet-locating gizmos don’t matter if the telescope doesn’t also have solid optics, and the Tele Vue is by far the strongest in this category. Within minutes, for example, Levy focuses in on Jupiter, and we see an image as large and detailed as it appeared on telescopes several times its size. Indeed, Tele Vue’s field of view is a good 25 percent larger than those of the other four.  “God, this is a sweet instrument,” he says. We retest the others, but he gravitates back to the Tele Vue.

The setup on this one, by the way, is a cinch, and it’s the only telescope that can easily fit in the passenger seat of a car. Even when we tell him about the price, Levy remains convinced it’s a deal. Indeed, as the sun begins to peek over the horizon, his eye is still glued to the Tele Vue. Finally, Levy looks up. he asks, “Can I keep it?” 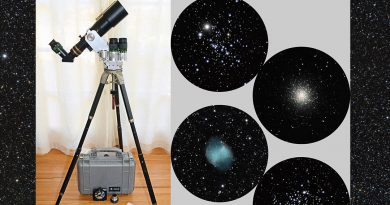 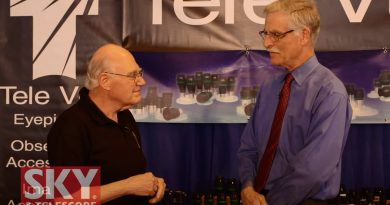 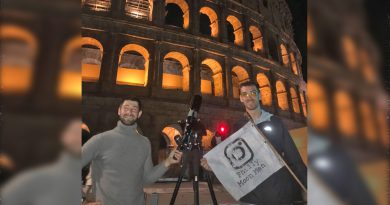