Skip to content
Astro Image Barlow Powermate
June 12, 2019March 9, 2022 TVO Staff 2019, GRS, Jupiter, opposition
On June 10th, Jupiter was closest to the Earth and rose at sunset — placing it in the sky all night long. The timing makes it well placed for observation throughout much of the summer. Currently, the planet is at its best for the year, at magnitude -2.6 with an angular diameter of 46-arc-seconds. It will “fade” slightly to a still very bright magnitude -2.1  and shrink to 36-arcseconds by the start of fall, where it will be in the west at sunset, setting just a few hours later. So, now is prime-time to view and image this gas giant planet, its famous Great Red Spot (GRS), and attendant giant moons.
Jupiter Observation Resources
Sky & Telescope has a web page that plots the positions of the Jovian moons around the planet along with a list of events associated with the moons (like  transits, shadow crossings, etc.). They also have a GRS transit time locator.
WinJUPOS software can be used as a tool for collaborative research on visible features in the Jovian clouds. It also contains a tool useful for planetary imagers: WinJUPOS has a built-in de-rotation tool to allow imagers to break the “2-minute rule” for stacking Jupiter images. (Due to the planet’s speedy rotation rate, you normally can’t stack raw images made more than 2-minutes apart.) There are many tutorials on the Internet on how to do this.
Scientists say the GRS is a long-lived, high-pressure storm that rises above the surrounding cloud-tops. Over the centuries, the GRS has not stayed red at all. It varies in color from red to red-orange to tan. It was once big enough to swallow three-Earths, but now is just slightly bigger than Earth.
Since a Jovian day is only about 10-hours, the GRS will be visible at some point in the course of a night.
If you haven’t seen the the GRS before, don’t delay too much longer: headlines in recent days point to the GRS shrinking before our eyes: observations show it is “unravelling” due to interaction with a jet stream next to it. This is causing material to “leak” out of the GRS and dissipate in the jet stream.
Visual and Light Imaging
You also need the right gear for visual observation and/or imaging . For instance, in a medium to short focal length, motor-driven scope our Tele Vue Nagler 6-3-mm Planetary Zoom (mobile site) is guaranteed to ferret out all the details visible in Jupiter’s GRS, bands, and other features or  just twist the black barrel to fine-tune magnification for the seeing conditions — no need to swap eyepieces to find the highest usable power. If seeing conditions improve for Jupiter during the night: just  tweak the barrel again to higher power.

As a “planetary” eyepiece it was designed for full field sharpness for any speed telescope, high contrast and transmission for natural color rendition, low scatter, and comfortable eye-relief. For small scopes a light-blue or green filter is recommended to make the spot stand out. For longer focal length, say 1,500 to 2,000-mm, driven scopes a 9-mm or 11-mm DeLite would be appropriate.
For undriven scopes, we highly recommend wide apparent field of view eyepieces such as Nagler (mobile site) and Ethos (mobile site) due to their extreme sharpness across the entire field of view.  This way, you can place Jupiter at one edge of the field and let it drift across to the other before having to reposition your scope!
To share planetary views with friends or do on-the-go imaging, use our FoneMate™ smartphone adapter  (mobile site) on a Tele Vue Dioptrx compatible eyepiece. Your camera-app then displays the image on the screen. Just hit the record button to capture the moment.
Serious Planetary Imaging
The Jupiter system image on this page was taken by Eugene Beygin with a Tele Vue 3x Barlow (mobile site) attached to a Celestron C6-N Newtonian (6″, f/5). The native focal length of this lightweight, compact Newt is only 750mm and would create too small of an image of Jupiter on a camera sensor.  The addition of Tele Vue’s 3x Barlow transforms this scope into a planetary imaging platform with an effective focal length of  2,250mm — similar to that of a C9! Eugene imaged with a QHY5III224 color CMOS planetary camera and SharpCap astronomy camera capture software to take 10,000 frames of the planet. The best 2,500 were stacked using AutoStakkert! and RegiStax was employed for wavelet processing (sharpening). A final pass in Photoshop for saturation and cropping finalized the image. Eugene told us  why he went with the Tele Vue 3x Barlow over the others on the market.
I chose Tele Vue because the Barlow has high quality optics and produces pristine images and does not degrade image quality. Also, you can get magnification from 3x to 5x by changing the focal plane distance.
This last point speaks to the extra magnification achievable by altering the distance between the top surface of the Barlow and the imaging chip.
Ultimate Planetary Visual / Imaging
Powermate™ visual/imaging amplifiers (mobile site)  have some advantages over the Barlow. They increase the focal length of your scope with reduced aberrations, greater magnification potential, and compact size compared to typical Barlow lenses. In fact, Powermates™ can be stacked with no adverse impact! Tele Vue Powermates™ are available in 2″ barrels (2x & 4x) and 1¼” barrels (2.5x & 5x).
They have a special feature for imaging: the visual tops all unscrew to accept a specific Tele Vue Powermate™ T-Ring Adapter for cameras and T-thread accessories.  Most any commonly available DSLR, astro-camera, and even some industrial cameras will work with Powermates™.
Because Jupiter takes 12-years to orbit the Sun, it will have moved 1/12 of the way around the Sun at this time next year. It takes us about a month to catch up to it. So every year the opposition takes place a month later. So you can plan for future oppositions in July 2020 and August 2021.
Did you observe or image Jupiter with Tele Vue gear? We’ll “like” your social media post on that if you tag it:
#televue #jupiter
More Info 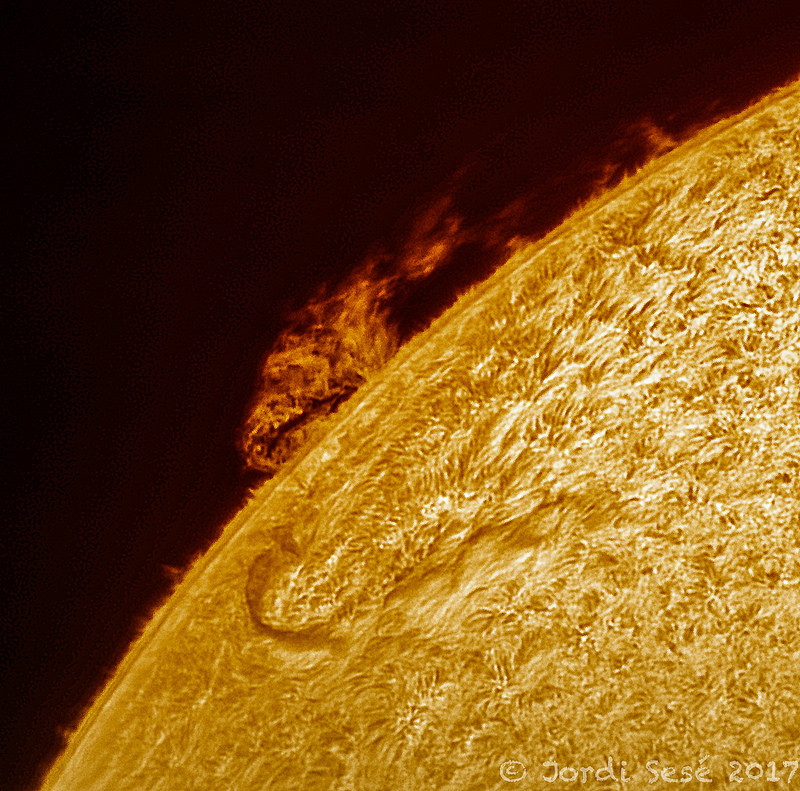 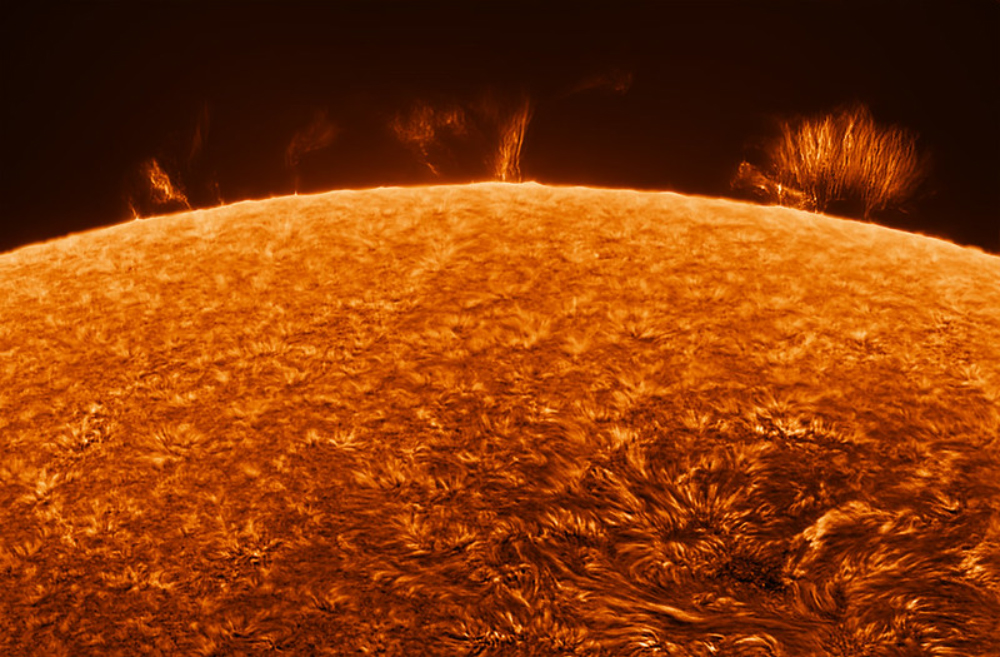 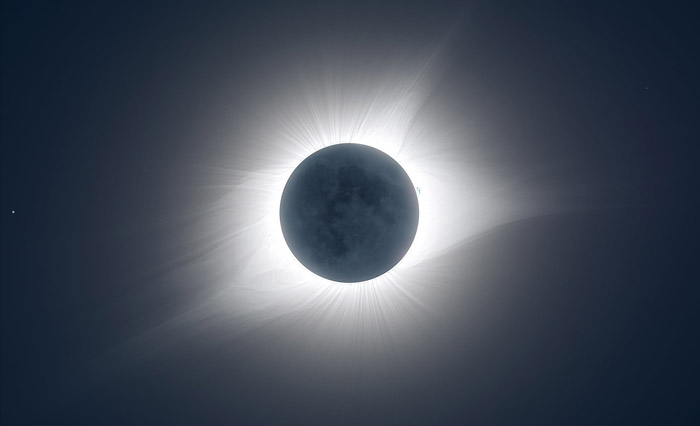