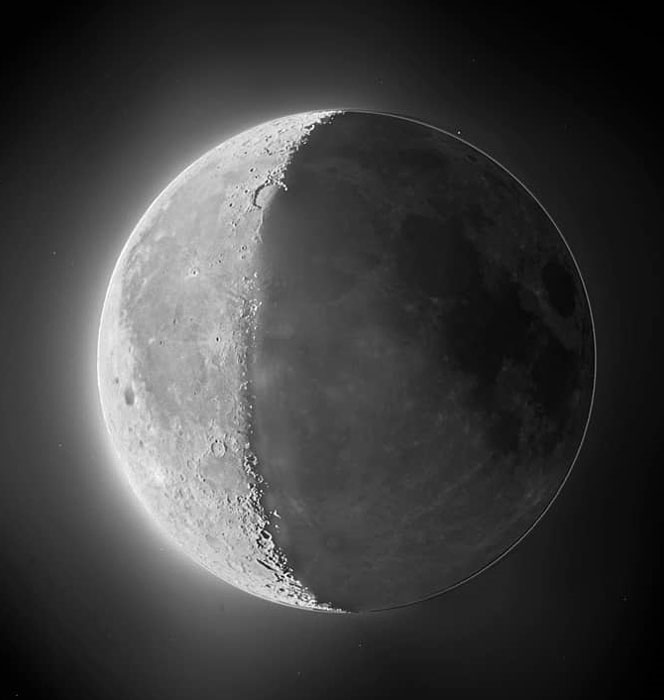 How did your interest in astronomy/imaging develop?

After several years of being curious about space and feeling lost when looking at telescopes, I bought my first telescope for the perihelic opposition of Mars last year. That quickly turned into a passion for astrophotography, as a camera can see a lot fainter than my eye. Plus, it’s easy to share those views with friends, family, and the larger astrophotography community.

One of the things I enjoy about astronomy in general is that its an area of science where meaningful contributions and discoveries can still be made by amateurs. Mostly though, I enjoy imaging nebulae. The magnitude and process of star formation, plus the shear beauty of them. I find them both awe-inspiring and introspective.

Why Choose the Tele Vue-NP101is?

“Tele Vue equipment holds its value really well, so I knew I could sink my savings into the set.”

After a couple of scopes/setups that weren’t really designed for astrophotography, I knew that that was the direction I wanted to focus on and was looking into getting a telescope and mount that I wouldn’t be in danger of out-growing. I was fortunate enough (it pays to stay friends with your ex-wife!) to find a great deal on an NP101is and complete set of Nagler eyepieces. Tele Vue equipment holds its value really well, so I knew I could sink my savings into the set. Since I don’t do much visual astronomy, I sold off most of the eyepieces — but not all, of course 😉 .

What do I like most about the Tele Vue-NP101is?

I find that f/5.4 is an ideal focal ratio. Much brighter than the f/10 and f/7.5 scopes I had been using, but not requiring specialized filters or being difficult to focus like an f/4 or f/2 setup would be.

Not requiring the additional cost/weight/trouble of a field flattener is nice — the stars are crisp and clean right to the edges of the frame. Lastly, I love that the scope is produced in the United States, with a dedication to quality that is lost by a lot of manufacturers in general.

Meet the Tele Vue-NP101is Photo / Visual APO  Refractor
Al Nagler took Petzval’s portrait lens concept and patented a fast telescope version for the purpose of testing eyepieces (the 5”, f/4 Multi-Purpose Telescope). By 2001, the NP101 (Nagler-Petzval) scope was the ultimate culmination of 30-years of refinement toward optical perfection for the “multi-purpose” concept. However, we did not rest on our laurels: with the CCD imaging revolution challenging telescope optics beyond anything ever placed at the focal plane, we were determined to make the NP series optically, mechanically, and functionally as perfect as possible for imaging on chips with up to 50-mm diagonal, without penalty to its near ideal visual operation.  The resulting Imaging System version of the NP101 is a 4-element, 2-group (Nagler-Petzval) design, with  a 101-mm objective diameter, 540-mm focal length (f/5.4), APO  refractor with a robust 2.4″ focuser with built-in tilt compensation. The NP101is produces a whopping  5.3° image circle at prime focus. Maximum visual field-of-view is likewise huge: 4.9° with 55-mm Plössl (10x) or 41-mm Panoptic (13x).
All Tele Vue telescopes are built and tested at Tele Vue and come with a 5-year Limited Warranty.
What is your preferred location for imaging?

I live in Northern California (real north, as in almost-Oregon north) and image from my backyard or front driveway. Skies are Bortle 4 (rural/suburban transition). By doing my imaging at home, I’m able to get a lot more exposures and nights outside than I would if I traveled to a darker site. I don’t have a permanent observatory or shed set up yet, but the ability to run and plan everything via the Ekos INDI client (observatory control and automation tool for astrophotography) and KStars (observation planner) has been nice. I can set everything up and monitor it via my phone.

How do you process your images?
All recent images processed using DeepSkyStacker (stacking), Starnet (star removal), Topaz Labs DeNoise AI (noise reduction) and Adobe Photoshop.
How has your imaging progressed over time?

Currently I’ve been trying to spend more time on individual targets. Most of my images are 3-4 hours of exposure time. It’s been fun, as I’ve been imaging for just over a year, to look back at the photos I took of the same object last year. Progress not perfection.

Did you observe, sketch or image with Tele Vue gear? We’ll like your social media post on that if you tag it #televue and the gear used. Example:
#televue #np101is  #moon

When the Sun is up, Michael works in marketing for a manufacturer of premium hardscape and landscape products and is active on the Facebook @astrophotography group.